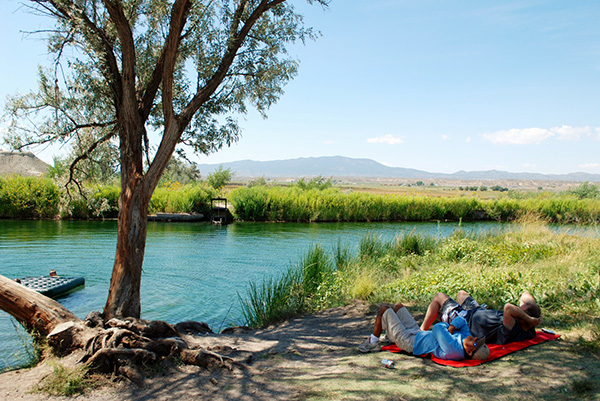 A quaint Mormon farming community dating back to the 1860’s, Panaca is the oldest surviving town in eastern Nevada. Rich in tradition and agricultural beauty, many of today’s townspeople are direct descendants of the original settlers. Visitors interested in 19th century architecture can enjoy a variety of beautifully designed buildings.

Panaca is a favorite stop for people traveling to Cathedral Gorge State Park which offers year-round camping and exploration. Many nearby ghost towns can also be explored. The Lincoln County Airport is situated about two miles west of Panaca and can accommodate small aircraft.

Mormon missionaries and settlers arrived in Eastern Nevada in May of 1864 with hopes of establishing a network of growing colonies in the area. This effort, led by Francis Lee, was responsible for establishing the town of Panaca. The name “Panaca” is derived from the Southern Paiute word “Pan-nuk-ker” which means “metal, money, wealth.” William Hamblin, a Mormon missionary to the Native Americans, was shown a location where “panacker” was found in abundance. The Panacker Ledge (Panaca Claim) was staked and the town of Panaca born.

When Panaca was first settled, the area was a part of Utah. Upon a request by the Nevada State Legislature, in 1866 the boundary was revised and Congress allowed an additional degree of longitude to be added to the eastern border of Nevada. The Mormons declining to recognize this change refused to pay taxes to Lincoln County and the state of Nevada.

After much conflict and extensive surveys, in 1870 the Mormon settlers were declared to be residing in Nevada. Many of them left the state leaving only a handful in what had been planned to be the foundation of the Latter Day Saints. Panaca remained as an outpost with its population of a few hundred.

Largely an agricultural community, Panaca sold produce to surrounding miners who had no time to grow their own food. Another source of revenue was the cutting of timber to supply the Pioche mines and housing of the area. Much of the timber of the surrounding hills was reduced by this enterprise.

In 1873, a narrow-guage railroad line ran from nearby Pioche to Bullionville. A Western Union Telegraph office was also built in Pioche, and messages could be forwarded to Panaca on the train or by horseback. A standard guage railroad was constructed later, a spur of the SP,SL & LA line which became Union Pacific.

From its early pioneer roots, the town featured a school, small grocery and mercantile stores, a church and a few modest homes. For the most part, present day Panaca has remained virtually unchanged.