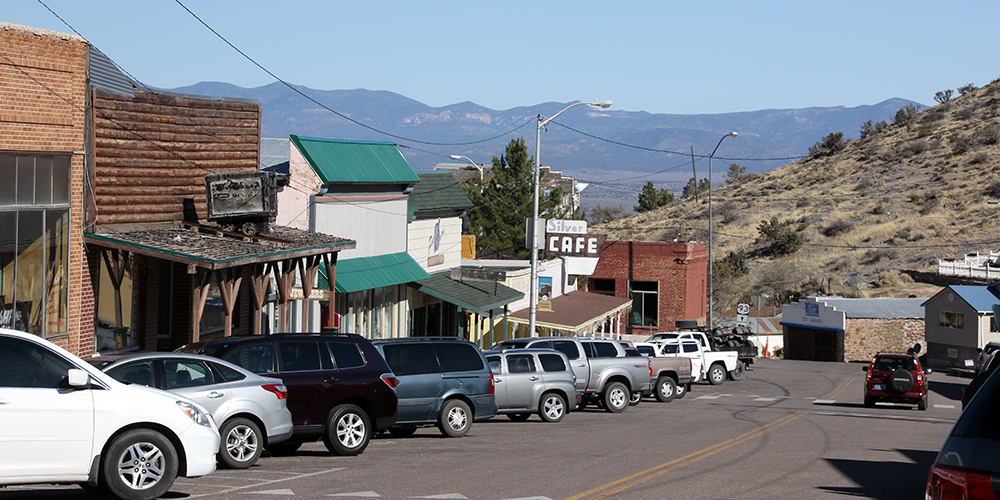 For a step back into the soul of the old west, pick up a walking-tour guide of Pioche’s historic buildings from the Pioche Historical Museum on Main Street or the Million-Dollar Courthouse on Lacour Street. Visit sites such as Heritage Park and Boot Hill for a journey into the rich history of Pioche.

For more information, please visit the Pioche Chamber of Commerce website at www.piochenevada.org. The site includes video tours such as this.

In 1864, William Hamblin, a Latter Day Saint missionary, was led to silver deposits in the vicinity of Pioche by a Native American Paiute. In 1868, San Francisco financier Francois L.A. Pioche purchased claims and constructed a smelter in the area, forming the Meadow Valley Mining Company. The mining camp was called “Pioche’s City” and later became known as Pioche.

The town rapidly became the largest mining town in southeastern Nevada in the early 1870’s. Population estimates showed 10,000 people by 1871. The town quickly gained fame for its “toughest town” reputation. Due mostly to confusion over the exact location of mining claims, mine owners finally resorted to hiring guards. Hired gunmen were imported at the rate of about twenty a day during boom times to fight mining claim encroachments. Mine owners often paid the gunmen a salary of $20 per day––a more certain investment for owners than settling disputes in court where bribery often determined the final outcome. The sheriff’s office was reputed to be worth $40,000 a year in bribes alone.

Guns were the only law, and Pioche made Bodie, Tombstone, and other better known towns pale in comparison. It has been reported that seventy-five men were buried in the cemetery before anyone in Pioche had time to die a natural death. According to one reputable source, nearly 60 percent of the homicides reported in Nevada during 1871-72 took place in and around Pioche.

A favorite example of the town’s bloody character recalls the arrival of young Illinois lawyer and his bride in 1871. Stepping off the afternoon stagecoach, a flurry of shooting broke out and before the couple could sprint into the hotel, three men were sprawled dead, still twitching in the dirt street. The bride didn’t even bother to unpack, and within minutes of her arrival hopped back aboard the stagecoach and headed home to her mother.

Not even the building of the county courthouse was exempt from corruption. Pioche was designated the county seat in 1871 and courthouse plans were initiated. The county contracted to build the courthouse at a cost of $26,400. In order to raise the needed money, $25,000 worth of bonds were sold at a discounted rate of $20,000. By the time it was completed a year later, costs had escalated to more than $88,0000 because of alterations, cost overruns, mismanagement and kickbacks. To finance payment the courthouse, the Board of Commissioners issued certificates of indebtedness at a high rate of interest, and by the 1880’s the debt had risen to $181,000. By the end of the century it exceeded more than $670,000. The final payment was made in 1937; four years after the building had been condemned. The total cost of the Lincoln County Courthouse was nearly $1,000,000.

One of the worst fires in the West took place in Pioche in 1871. It began in a restaurant during a celebration commemorating Mexican independence and quickly spread. When it reached the Felsenthal Store, a stone fireproof structure where 300 barrels of blasting powder were stored, the subsequent explosion shot nearly 400 feet into the air, blowing a 1,000-pound door clear out of town and showering the town with flaming debris. The explosion of debris killed thirteen and injured forty-seven, and theaccompanying fire left virtually the entire population homeless.

The fortunes of Pioche diminished in the 1880’s due to the shutdown of the principle mines in 1876. During World War II, an economic boom occured when Pioche was the second largest lead and zinc producer in the nation. Present day Pioche has little mining activity, and is being the county seat, the main focus is now government.